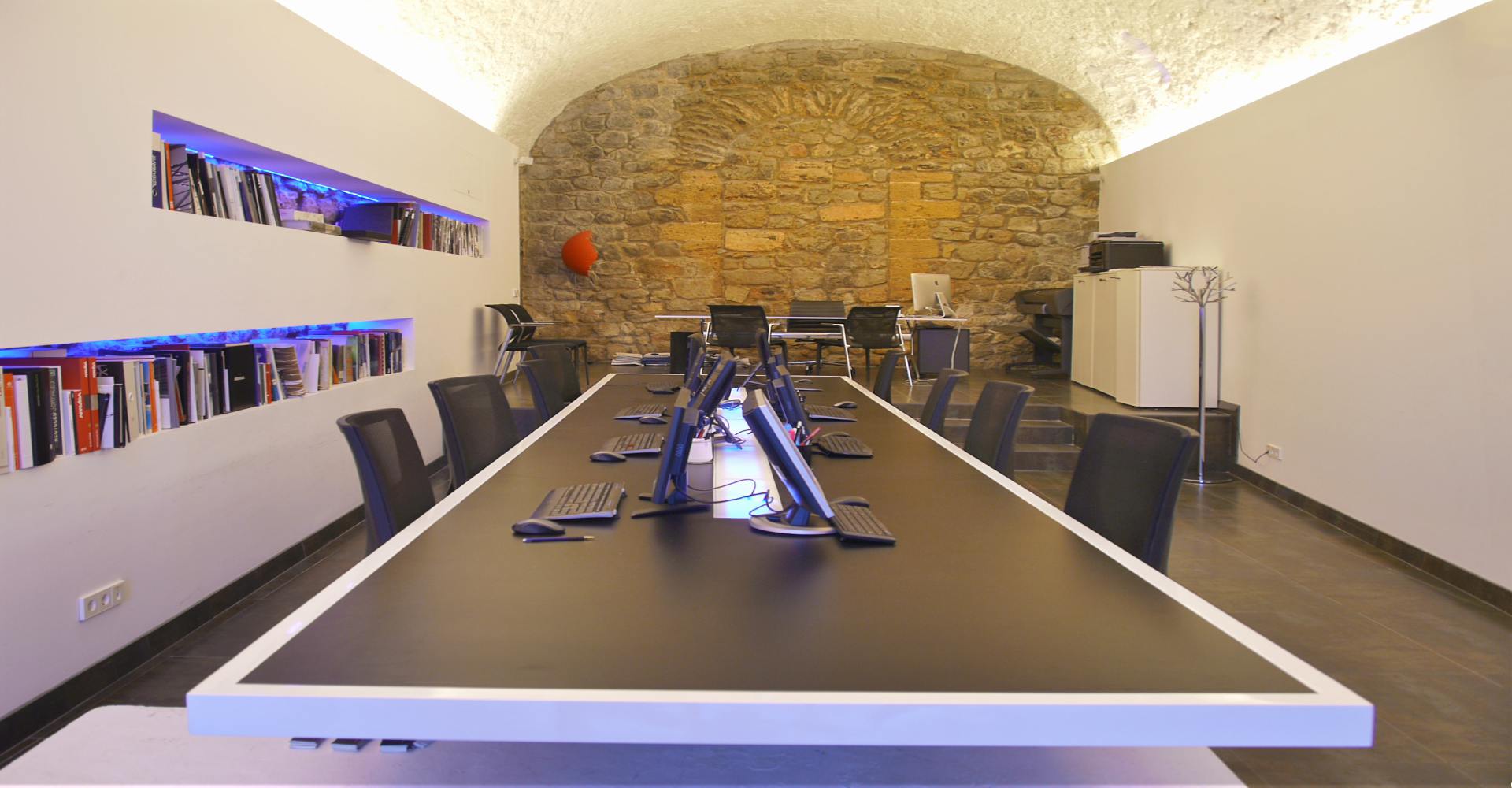 We are situated in Ibiza town, in the Plaza de Vila number 13, a wonderful situation full of history, which alone is worth a visit. It is a vaulted space dating from the 16th century, which formerly was where the doctor Villangomez kept his carriage and horses, for his weekly visit to the villages of the island. Later it formed part of the agreement between Manuel Villangomez Llobet and Carl Van Der Voor to create what was for many years one of the best art galleries on the island, known as ‘Galeria Van Der Voor’. Later, after various failed attempts to develop other types of galleries, it became our place of work. Here is where we pass most of our time, and we are proud to be the first architects to take the leap and situate ourselves in Dalt Vila, for many, the most beautiful enclave in the city. We invite you to visit us.